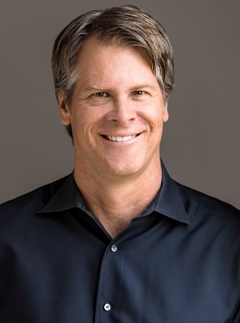 Brian was born and raised in Ohio and is a graduate of Miami University. After a brief stint as a Systems Engineer for General Motors he set off for the University of Arizona to study Creative Writing.

After graduation, he spent two years in Venezuela as a Fulbright Scholar and turned his research into the critically acclaimed book, The Silence and the Scorpion, a “clocked” account of the 2002 uprising against Hugo Chávez. The book was named one of “The Best Books of the Year” by The Economist and was considered by The New York Times as “the most thorough investigation of the April 11th massacre and the subsequent coup.”

His second book, The Last Sword Maker, is an action-packed thriller about a high-tech arms race between the United States and China. It follows a diverse cast of characters as they strive to be the first to make the next generation of weapons using a mixture of artificial intelligence, genetic engineering, and nanotechnology.

The sequel, Five Tribes, was longlisted by Reading the West for best novel of 2021. The book is a globe-trotting adventure that not only examines the changing face of warfare, but asks what it means to be human in our ever-changing technological world.

The final book in the trilogy, The Great Unmaking, will be released in March 2023.

Brian’s other work has appeared in The Virginia Quarterly Review, The Christian Science Monitor and The Southern Humanities Review, among others. He lives in Denver with his wife and two children.