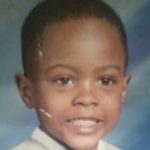 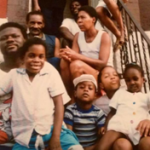 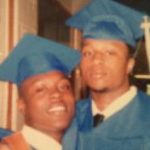 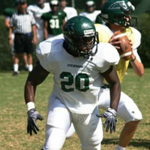 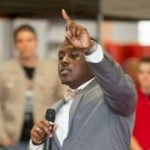 I met Alphonso at Stevenson University in 2011 when he walked in to my Freshman English class. I don’t recall what grade he got, but it was the beginning of a very strong relationship.

After graduation, he approached me about writing his biography. At that time I only knew a little about his childhood—namely that his mother had abandoned him in a crack house when he was an infant. At first I was a little skeptical that he had enough life experience to make a full biography. I was definitely wrong about that.

Over the next few months, we got together every week, and he’d tell me the stories about growing up on Baltimore’s West Side—a very tough and impoverished area of the city. Just to give you a feel for it: Alphonso witnessed his first murder at the age of three. He lived in a house with sixteen other people and suffered almost daily physical abuse and hunger while he watched many members of his family waste away from drugs and alcohol. Failed by the school system, he was unable to read until he was 14 years old.

Yet Alphonso is a rare success story. Through the self-confidence he gained playing football, he dramatically changed the course of his life. He taught himself to read, then he finished high school and college. Today he is a community organizer, committed to helping other kids escape the kind of childhood he suffered.